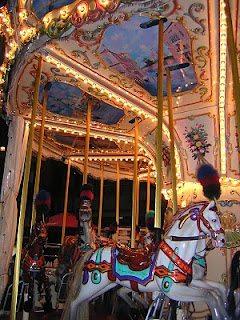 Lama Yeshe Jinpa is a licensed psychotherapist practicing in Midtown. He’s also a Buddhist teacher and is working on a novel. While Stephen Walker is his western name, his Dharma (or Buddhist) name is Lama Yeshe Jinpa. Lama means ‘teacher’, Yeshe means ‘transcendent awareness’ and Jinpa is ‘generosity’. While it’s traditional to call him ‘Lama la’ for short, Lama Jinpa works just fine too.

“Pairing Buddhism and psychotherapy is not at all uncommon, especially on the Coast, back East and in the UK,” Lama Jinpa tells me. He wants to reach people with not just therapeutic techniques, but meditative as well. “I’ve been practicing some sort of Dharma practice for a long time. It’s been a lifelong kind of path.”

“I have a deep appreciation for people of other persuasions and religions,” He adds, but knows that “there are a lot of people with tons of guilt who are wondering if they’re good people. Or they may even feel broken inside.” So a lot of people “get spiritual” with him, he says. He offers an environment in which “they feel safe to open up,” and he provides the skills to help them in return.

As for why he’s been on a lifelong path toward integrating Dharma and psychotherapy, Lama la explains that he grew up Presbyterian and enjoyed going to church. But then his father passed away when he was 11. “That started me wondering what was going on, and my church couldn’t answer all my questions. So I became a rather serious kid, studying philosophy and books on personal existential crises until stumbling on some Buddhist books, which immediately made sense to me.”

Then, when he went to Japan with his family as a teenager and “felt a very close affinity with the temples there,” thus began the forming of his Buddhist identity.” His quest wasn’t about being bored and seeking things because of it. He simply had questions needing answers and wanted greater understanding of his own life.

Fully embracing not just the spiritual but the practical too, Lama la continues, “You can be on the spiritual path, but there are many things that also have to be worked out on the personal level. You can’t use your spiritual practice to avoid everyday life. I think you have to deal with the practicalities of being someone in this society. There’s an absolute level (spiritual) and a relative level (life). They both exist. And people need someone to talk to about personal issues.”

I mention a dream that just bubbled to the surface from something Yeshe Jinpa has said, and he tells me that he likes working with dreams. “The point is not to wake up so we don’t dream anymore. You wake up to the dream. That’s mindfulness. Waking up to the dream-like nature of the world.”

“People come in for all reasons,” he continues, “situational, traumatic, really deep existential reasons… I like just common problems too. There’s nothing wrong with helping people through regular suffering.” Lama la also sees more couples nowadays than he ever has before. But his bottom line when it comes to therapy is this: “It’s not a path of perfection. I think people need a living teacher to have permission to get off that rat race kind of thing.”

And his reality is this: “There isn’t a situation or diagnosis I haven’t worked with. And I don’t think therapy or Dharma is just for the upper crust of elite. Being present with loving kindness and empathy for others and ourselves – something happens, something’s liberated. Without the generosity of spirit, nothing really happens.”

The “transpersonal and practical is where the spark happens… There’s a spark, an energy connection, a transfer of energy… a healing that arises” And it “heals on both sides – I just don’t get burned out.”

In fact, he seems to be constantly expanding and enriching. Lama Jinpa gives Middle Way Training workshops (designed from his own blend of Buddhism and psychotherapy) that help people balance, heal and improve their lives. He’s also working on his first book, Something So Obvious, which is a spiritual fiction adventure story, as well as a subsequent book Zen and the
Art of Shopping.

He’s a busy man with as much vision as he has compassion. And it’s how he blends the two that equips him to help others in both intimate settings and greater good ways. Lama Jinpa/Stephen B. Walker, MA, LMFT, can be reached at swalker@middlewayhealth.com or (916) 492-9007. His office is located at Middle Way Health, 1809 19th Street, lower unit, Sacramento, CA 95811].