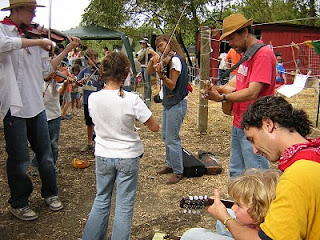 When I headed out to meet Lama Jinpa for our regular Tuesday meeting it was a cold teaser of a morning, with the sun trying to get through the hazy clouds after a weeklong storm spell. When LJ greeted me at the threshold of his office, I noticed he was wearing all black and a lot more hair than this time last year. It didn’t take me long, either, to sense a certain impatience about him – something I likened to crabbiness and he equated to edginess – the difference between the two, as he put it, being an “anxiousness to make things happen.”

On this day, the priority of our collaboration (understanding, respect and cooperation) was to create a column that would serve as a soundboard for Lama Jinpa’s psychotherapy practice Middle Way Health, his Buddhist meditations and ruminations, his Middle Way workshops, our book projects and the miscellaneous happenings currently encircling us (for instance, the Dalai Lama’s visit to Sacramento in 2010). And somewhere in there as well, we decided – perhaps too subtle to detect – would be a sprinkling of my thoughts and perspectives on the experiences.

But where to begin the introductions, I wondered? How to begin updating our readers on the happenings of the collaboration between myself and LJ?! I suppose one simply begins by recognizing a pivotal moment in time… It all started a few years ago when I was writing my very first article for Midtown Monthly. I chose a complementary health clinic Downtown and Lama Jinpa was one of the only practitioners there to return my call. Never mind the fact that the article went to print with the words ‘complementary’ and ‘complimentary’ sloppily interchanged throughout, Lama la saw something of substance in it. And when the time came for him to begin writing his first book a couple of years later, he called upon me… and so began the beginning of a very fruitful working relationship. Since then, we’ve partnered on the creation of a newsletter and a series of workshops, and have collaborated on a plethora of projects, including both a fiction and nonfiction book.

Often, community (cooperation, collaboration, kindness) begins when the simplest of equations – like two people – have a multiplying effect that produces benevolent thought and action. Meaning, we work together because we have similar visions for the good of our own lives and the betterment of the greater good. Yet it’s all cyclical, it’s all connected… so the consequences of and reactions to our actions always somehow come back to us.

Lama Jinpa teaches me how to make sense of, make peace with, design and harmonize my own life. I in turn reiterate and write about this knowledge so that together we can share it creatively within our communities. It’s a balancing act that helps us reach our potential as individuals, hopefully do the world some good and fuel our own fires so we keep heading in a healthy direction.

Being open and honest with ourselves and each other, being lighthearted but focused, being complete by being balanced… Life doesn’t have to be as hard as we often make it. We don’t have to choose to live by extremes. There’s a much easier, kinder, gentler way… and it resides within the vast, magical and practical space between the extremes ~ The Middle Way.