It’s the Little Things that Create the Big Ones 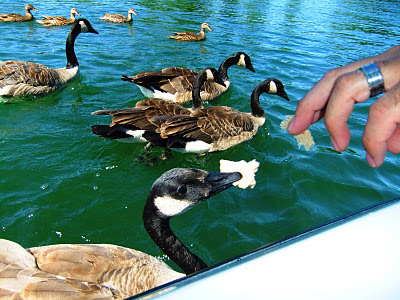 While many of us are struggling to “survive” during these dynamic, tumultuous times, I think that more than ever we need to grasp the wonder and the richness of simplicity. Basically, boiling our lives down to what matters most to each of us will help our perspective – and priorities – shift to a more manageable place. Trying to have or do it all might just be too ambitious at times, and that pressure alone could be just what’s ailing us.

I recently read that what one average Joe typically does in a day is enough to exhaust the otherworldly beings watching over us. That concept made me stop to consider it and my own ways… Do I frequently applaud myself for getting out of bed in the morning, giving something – anything – my best shot, smiling at a stranger, and being present enough to avoid that indecisive squirrel in the road? Or do I mentally beat myself up for not doing enough? Truth be told – and I doubt I’m alone on this – it’s more often the latter. But what if what we’re doing is enough? What if it’s plenty, or even admirable to beings watching from afar (say, a distant galaxy or couch, for instance)?!

And what if, instead of giving up and being lazy, we’re flat out trying too hard and actually doing less? For example, we’re being inefficient with our efforts because we’re constantly berating ourselves for not doing whatever we are doing well enough… Well, that emotional energy is totally being wasted, and we’re probably pretty exhausted from it. Our other options are to stop worrying already, or just focus on something and do the best we can, come what may.

So lately, instead of hyper-focusing on what I didn’t do, I’ve been going through the motions of patting myself on the back for what I did do. I just journal a few notes a day about what I accomplished, no matter how insignificant or trivial seeming: “Did the dishes, answered the phone, breathed through my anxiety, gave a $1 to the Veteran’s Fund, organized project X notes, etc.” And you know what? That little bit of self-acknowledgment really does help me feel better about the scheme of things in my life. And the “little things” I accomplished? They set me up for where I am today: hitting the pavement on project X running.

So when you think about how ‘It’s the little things in life that count,’ well, you stop under-estimating them and begin letting them exist as if they were the real events in your life.