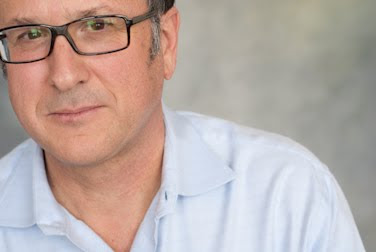 Stephen is a fairly extroverted person so he likes being with people, doing projects with others, and staying regularly connected. But he has a busy practice that can command much of his attention, so he’s not always as accessible as he’d like to think he is. Sometimes when friends and colleagues call him during a busy day he finds himself saying, “I’ll call you right back.” But he doesn’t, and then they get frustrated, and he ends up feeling guilty.

Why does he say it if he doesn’t mean it? It’s not that he doesn’t want to call people back. Sometimes he’s just overwhelmed and sometimes there’s really no need for a call back. But he’s the one who left it wide open, so why does he do it?

When there’s a dichotomy in one’s life, there’s always an underlying issue (although figuring out exactly what that issue is, is not always easy). That issue in this case could be Right Speech: ‘Say what you mean, mean what you say.’ But sometimes Stephen is just giving himself time to think about what’s been posed. Sometimes, it’s simply something he doesn’t want to have to deal with it at that time. But what if they want a more immediate response? There’s a rift between someone who’s ready and someone who’s not. So is the real issue: ‘Timing: My readiness does not always equal your readiness’?

How responsive do we have to be in this day and age of constant, multiple means of communication? How much do we owe it to others to respond in a certain manner? And when we don’t respond in a “timely” fashion or even respond at all, what is that saying? Are we unable to be present and focus on the issue at hand? Are we feeling overwhelmed by all that is coming at us? Are we asserting our independence and boundaries by in essence saying, “I’ll deal with it when I can deal with it”? Just because someone wants our attention – does that mean we are obligated to give it??

Is there really a concrete right and wrong answer to this? No. And so we are always juggling with and struggling through these conundrums in life. Stephen could, however, formulate a more honest, self-affirming answer when put in these situations, something like: “I’m really not sure when I can get back to you on this but I appreciate the thought.” It might not appease the person on the other end of the line, but hopefully Stephen is not left feeling so guilty for his non-responsiveness. There’s simply no perfect or complete fix in situations like these. In the big picture it doesn’t perfect the web we weave throughout life, but it might untangle one small part. In this case, only Stephen really knows. Well, him… and each person he’s meeting head on – or not.