Say What? Rumors, Hearsay and Gossip, Oh My! 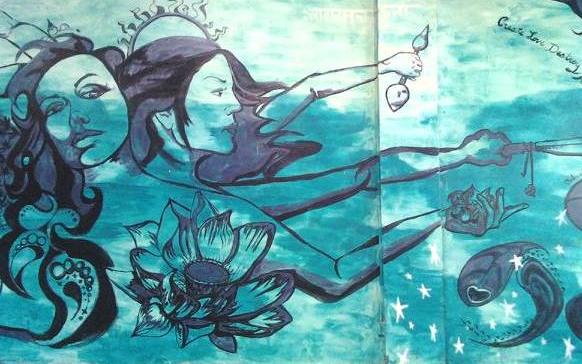 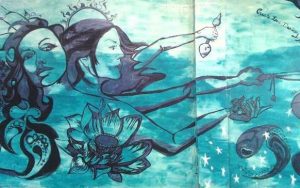 “Is the Dalai Lama coming to Sacramento?” When people hear something like this they often just run with it, turning it into a statement rather than a question. “The Dalai Lama is coming to town!” The big things in life are especially prone to this.

The truth is that Zanazabar Dharma Center is inviting the Dalai Lama to Sacramento. Lion’s Roar is involved but is not driving it because we believe it’s best the invite comes from the only Mongolian Temple in the west. Geshela and Baasan are heading up the invitation with assistance from Jhado Rinpoche. But it’s not a sure thing; an invite doesn’t mean an acceptance.

So let’s talk more about rumors. Anytime something significant happens or there is a change in the status quo, rumors arise. We tend to not be comfortable with the unknown so our tendency is to fill in the blanks of our lives – often with hearsay – and spread the “inside information” around.

But what exactly is a rumor?

A rumor is ‘something spoken or unspoken that is going around, but not yet officially released, substantiated or verified.’ A rumor can be false, partially true, invented, or entirely true. It is ‘quickly spreading’ and ‘has no discernible source or authority for truth.’

Rumors often come from hearing just part of a conversation, and then running with it, possibly even embellishing it. What generally happens is that we take the information – even mis-heard or misunderstood information – as fact. It’s just so tempting to latch onto some part of the rumor and consider it true.

For instance, there have long been assumptions (thus, rumors) about Buddhists that we’re all vegetarians and always chill, mellow or zen-like. There are also ongoing beliefs that somewhere else will provide “the perfect Dharma practice”. Some students and teachers even play on these generalizations.

“There were a lot of rumors going around when I was a monk,” Lama Jinpa says, “due to perceived projections of what a monk is supposed to be like.” While people don’t always realize they are creating or spreading rumors, sometimes someone is knowingly making it personal; their goal being to take you down a notch. In these instances of false accusation, if you admit to it the accuser feels somewhat satisfied – as if they’ve been vindicated. If you won’t cop to it, however, this “validates” the rumor even more in their eyes. This is a trap out of which there seems no escape… Unless you don’t take the bait in the first place.

While the most typical rumors circulate round feelings, reality, sex, money, politics, or anything potentially “scandalous”, there can actually be an upside to all this gossip. For instance, when the rumor going around is actually a positive one. Or, sometimes even a negative rumor can work in your favor, as it gives you an opportunity to tell your story or strengthen a truth. While a rumor may be painful, regardless, it can still be a catalyst to a positive outcome, tipping something forward toward something better. An example of this is how rumors actually helped us obtain the Temple, by deterring another potential buyer.

When it comes to an antagonistic rumor, nonetheless, there’s no denying that it can be incredibly painful at the time. And other people can make decisions based on the hearsay and rumors, thus adding insult to injury. We are usually only able to see the absurdity of or humor to the rumor long down the road.

Another curious thing about rumors is that we often get accused of things that aren’t true, while we are rarely accused of our actual faults. For example, there are old recycled rumors about Lama Jinpa accusing him of a variety of colorful things – from stealing money and having sex with students to driving people away, drinking or drugging; from always being super nice or an asshole or unpredictable to never really having been a monk, or still secretly being one… We have a tendency to believe there’s some deep dark secret this person is keeping – suspicions that there’s a grandiose reason for people to do what they do – and basing crazy assumptions on it.

In a religious setting there’s so much trust, openness and receptivity that most of the time people don’t check things out. So when something goes wrong – or is even just perceived as wrong – it feels like a really bad betrayal, causing people to remain in a cynical place. Even a squeaky clean person or establishment is then going to have a difficult time regaining that trust.

People’s perceptions are usually based on evaluations and stories. And since most of us aren’t insiders or outsiders – instead just in that middle ground “Well, we’ll see” space – this tends to breed more hypothesizing and rumor spreading. So why are we predisposed to believe something terrible, especially with no proof? Because it’s juicier; the practical reasons and explanations are just too boring; we’ve heard of similar instances elsewhere and assume this situation is the same; to protect ourselves or make us feel better; because it’s just more fun, etc.

In religious settings a rumor is often taken as truth because we are predisposed to think that “the truth” is an organic part of that process. In mainstream life, whereas, rumored information is more likely to be put under the ‘burden of proof’ microscope. So to what extent are we supposed to track down their origins? Some rumors don’t get questioned because they’re so bold or off the wall. Investigating them takes energy and requires residing in the unknown. It’s all too easy to just remain in ignorance and denial.

Rumors can be telling, though, exposing our personal insecurities, instabilities, jealousies, paranoias, power issues, etc. In fact, we’re making stuff up in our heads and telling ourselves rumors all the time. But there is a positive aspect to this kind of delusion: We get off balance and then have to wake up in order to regain balance. It’s not that rumors are necessary for this, but they can work in this way. If we never made anything up, nothing creative would happen.

Rumors are so multi-faceted that they can be playful or well meaning – and yet even these can backfire on the subject or spreader – leaving a lingering doubt, a lasting impression, or question of integrity. A long-standing rumor can lead to expectation of that behavior, or a rumor can re-emerge at a later date, supposedly “confirming” a past one. Rumors can be motivating for us or they can hold us back from our potential. Some end up working out in our favor… while others can feel like the ultimate betrayal.

Obviously we can’t rid of all rumors and stop all hearsay from spreading entirely. Like light passing through space and naturally getting curved by gravity, it’s difficult to obtain, contain or pass on accurate information. It gets embellished or twisted along the way. We can however be mindful of the role we play in creating, encouraging or believing things we think or hear without enough evidence backing it. This will help bring more integrity to our actions, relationships, and lives in general.