Succumbing to Sickness – Necessary or Not? ~ 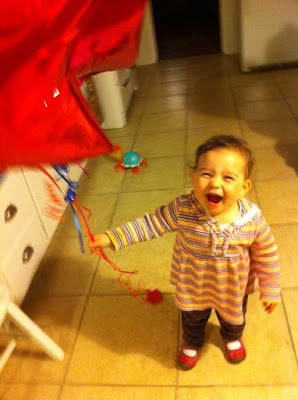 What’s your take on getting sick? Is it mind over matter or is it only a matter of biology? Can you not “afford” to get sick or are you a bear to deal with when sick? Do you think we “catch” bugs or succumb to only some of them? Does your mental or emotional state have anything to do with whether you get sick or not? For instance, is chronic stress or running yourself ragged a catalyst? Or were you just at the wrong place at the wrong time?

We all have different theories about getting sick. Lama Jinpa believes that getting a little bit sick can build up antibodies. When he fights getting sick, that’s when he tends to get sick, he says. Can you relax into the sickness rather than pushing through it? Can you see it as an opportunity to slow down? Lama Jinpa believes this might actually aid in our recovery.

It’s natural to get sick once in a while, right? Very few of us are lucky enough to be able to say we never get sick (and is this even human?). But if we periodically get sick on the littler levels – like colds and flus – then maybe we won’t succumb to bigger illnesses, Lama la theorizes. It’s like a practice run for our immune systems; stretching them out, working them into a healthy sweat, and making them stronger in the long run.

The holistic view sees us as being healthier because of having been sick. You know that feeling – when you’re finally well again – just how good feeling normal can be, and the clarity that goes along with it? We usually only appreciate our general wellness after recovery from physical ailments, psychological angst or life turbulence. So on the mental level too, maybe getting sick serves a purpose.

Sometimes, people won’t give themselves the rest they need unless and until they become bed-ridden. But can a hearty attitude and healthy outlook actually prevent the need for such human weakness as the flu? Because if there were a way to ensure I would never, ever be sick again, I’d personally be interested in hearing about it. I just wonder if there might be any unforeseen consequences or side effects… and I’m not so sure I’m willing to be the guinea pig on this one.