The Strange and the Familiar ~ 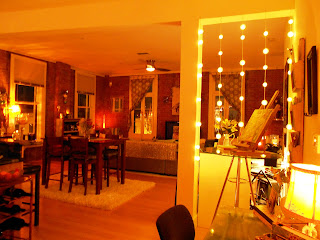 So then are some things just inherently more sensible? And some of us can see that while others can’t? And if so, there must also be things that exist that are less rational. For instance, it makes sense to take care of our health so we are capable of living to our fullest. It doesn’t make much sense to be so careless and destructive that we are living a subpar life or causing it to end too soon. But both of these things happen. And while we can judge one better than the other, we all have the freewill to decide how we want to go about experiencing our lives.

So for things to exist, they don’t really have to make sense, do they? And rationale is not the only way to go. We may rely on it to a large extent, but then, what I think is irrational is not always agreed upon by someone else. So their behavior will be a reflection of where they are mentally coming from. Unless, they aren’t even aware of what or how they’re feeling, and yet they’re acting out nonetheless. Awareness – or we should say lack of awareness – is often the missing link. People don’t always stop and do the work it takes to analyze the basic beliefs from which they’re operating. Which again, doesn’t make sense, but it happens all the time, right?

And then there are the limitations of all that “rational” stuff. Do you ever make a list of pros and cons, and despite the list being weighted heavily to one side, go the route of the other because you ‘just feel it’? And how often are these decisions wrong? In my experience, rational thought will only take us so far. We can rationalize something to death, but still be compelled to act against it, and not regret our decision later. This must mean we’re also guided by other forces or “senses”. What else is there at our disposal, aside from practicality? Intuition, instinct, passion, vision, emotions, thoughts, etc. that seem to come from anyplace but the mind. So is rationale just a part of a larger whole?

Along the lines of yin and yang, sense cannot exist without nonsense. So even when everything turns upside down and we see no sense in sight, it’s always there nonetheless. We might just have to wait it out, but it always shows itself again. When I’m at my wit’s end and it seems the whole cosmos is plotting against me or an aspect of my life, I vent to someone who cares. Or if I’m really feeling trapped, I mentally plot my escape route out of the situation. Even if I’m just humoring myself, I’m really trying to find whatever sanity I can in whatever order seems to be left, which is often hiding in something simple or mundane I normally procrastinate about (like doing dishes or cleaning the frig). And in immersing myself in something I can make sense and order from, I’m letting it all go until the big picture balances itself again.

In one aspect of our lives or another there’s always going to be something unresolved. But if we’re armed with a generally healthy perspective and attitude, we’re going to find joy in something else. One thing going wrong can make everything else feel wrong, but we have to recognize that it’s not. There’s always something good somewhere to hold on to.

“I’m always really interested in the balance of the strange and the familiar,” Stephen says, an acceptance we could all benefit from. But how many of us choose not to be so fascinated by the contradictions in life? We have a strong tendency to fight heartily against them, or give up altogether. But the co-existence of strange and familiar may just be one of the building blocks of our lives, which would make living not just a survival game, but a creative art-form; one that requires varying amounts of certain things… Like the ability to analyze and assess real resources at hand, balanced with a willingness to throw a little caution to the wind. Hey, if both the sensible and the absurd can come at us at once, mixing practicality with a dose of ‘come-what-may, bring-it-on’ adventurousness might sometimes be the most fruitful and freeing response.