There’s a Word for That? Thank Goodness! 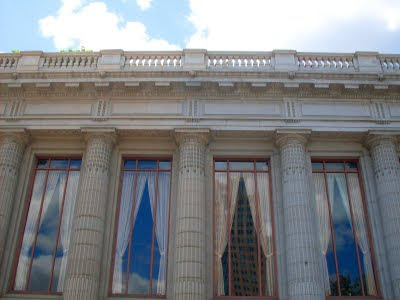 I love language – writing it more than speaking it, to be honest. But that’s just because it seems to come out more eloquently on paper for me. In addition, speaking can sometimes take a lot out of me. If I had it my way, in fact, we’d all communicate telepathically. But wouldn’t that open a can of worms? Imagine if we did not/could not censor ourselves. On one hand, we could get into a lot of trouble. On the other hand, wouldn’t communications be more pure and honest?!

Sometimes, I find it difficult to find the right words to express what I’m feeling or experiencing. This can be hardest when I’m having a challenging conversation with someone. The intensity of the emotions paired with a limited means of expression can yield frustration indeed. And that’s certainly not going to make relating any easier.

Yesterday I stumbled upon the word ‘Shenpa’ by accident. My initial reaction was ‘There’s a word for that?!’ while my second reaction was relief. It’s a Buddhist word that doesn’t translate to our vocabulary as well as it does to our actual lived experience. ‘Getting hooked’ is one of the closest translations. But I find that once you match the term ‘shenpa’ to your previously un-named experience, the ‘Ah-ha’ alone can be rather freeing.

Imagine someone comes at you with a particularly condescending tone, or they criticize or even insult you. In a nanosecond you can go from feeling peachy keen to feeling like, well, crap. You feel it deep down, instantaneously – that cold, gray, closing up sensation. For me, it’s like a dark shadow is filling up my insides and making it mighty chilly in there. In addition, armor rapidly forms around me like an impenetrable shield. It can probably be likened to self-preservation or ego blocking, but it doesn’t feel good, nor is it productive.

If someone is not literally coming at us with sticks, stones and swords, our subconscious reaction can be an over-reaction. Often, the person who we blame for turning our warm fuzzies to ash didn’t even mean to do the damage. But regardless what’s happening outside of us, it’s the interior turmoil that is doing most of the damage.

Typically, we are to a large extent responding to things that have happened to us in the past. The comment reminds us of feeling slighted long ago, and our defenses go on high alert. What we’re experiencing internally doesn’t feel good anymore and we just want it to stop. But instead of sitting with the feeling and seeing what it brings up, we tend to lash out or “spin” out cognitively, trying to frantically rationalize our way out of the feeling.
When my husband and I argue, I’m pretty sure it is the shenpa we each experience that puts the stick in the spoke of the bicycle we’re both on.

Now, I haven’t had a chance to test this theory yet, but you can be sure that the next time I clam up and close off because of a hurtful or confusing comment, I’m going to try to stop the momentum myself; put on the breaks, get off the bike and sit on the grass. Then I’m going to attempt exploring the feeling that’s gripped me more like a scientist than a wounded child.

We’ll see what happens. But at least I have a word to put to the feeling now, and I know I’m not alone.