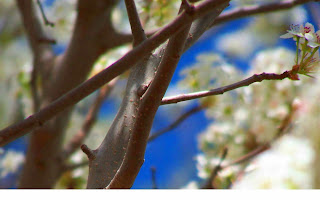 Traumas happen to all of us throughout our lives, from so small that we hardly notice them to so large that they affect our every interaction with the world around us. And there’s a lot in between as well. But how many of us are actually aware of how the trauma response operates and where we are emotionally in the process?

Traumas can be physical, as in injury to the body, but there is also always an accompanying mental component. Most traumas, however, are strictly emotional, which makes them even harder to detect and heal. While none of us is immune to trauma, the question is how – and if – we deal with it. Learning to identify traumatic experiences and understanding how the internal process works is one giant step in the direction of self-healing and empowerment.

When any kind of experience occurs that triggers a traumatic response, the initial – almost instantaneous – reaction may be one of non-judgment. Like witnessing a violent or disturbing scene in slow motion, a part of you knows it’s not going to have a good outcome, but you haven’t yet formed a solid judgment around it or experienced the full flood of resulting emotions.
This means the trauma reaction has not yet kicked in. And for some, it never does kick in (a form of denial). For most people, however, they never get past one of the stages of trauma.

Basically, the trauma response is being impressioned by something that happens and imprisoned by the fight or flight. Our only options are remaining stuck in one or multiple stages… or getting through the process, out of its shackles, and on with our life.
A common reaction to the trauma response is armoring up. But this won’t help us get around the trauma because the trauma will always find a way in. It’s already in, in fact, attached at the core, and this is why it can have such a powerful hold on us if not dealt with.

Getting to the healthy wisdom place amidst trauma involves seeing the big picture, including how it all unfolds inside you – the traumatized part as well as the untraumatized part – and how the balance forms between them. Meaning, what is it inside you that can see both the pain and the logic at the same time? Getting to the place where you can feel the pain or grief while saying it’s ok is a healthy form of acceptance and letting go. The wisdom mind can re-create a place of nonjudgmental awareness and stabilize/embody it anytime.

Trauma is especially common in caregivers, rescuers and the like. But it’s not just the traumatic experiences that cause problems; it’s also our reactions to them. For instance, feeling overwhelmed, trapped, helpless, or like you really screwed up can cause PTSD (which truly is a trauma prison). You may be angry with yourself or someone else, and this is trapping you further, being obsessed with trying to change it or ruminating over it. Some people even let the trauma become their defining identity.

The only way back to a balanced state is getting out of the vicious cycle (which becomes the trauma story you live within). When you can talk about one of life’s battle scars while allowing the feelings to come through and express themselves – without being sucked back into the drama – this is healing. Getting back to positive emotions can break you of the negative cycle because they are constructive and you can use them to better your life rather than break it down.

The good news is that actively working through trauma and adding a spiritual element can lead to a real deep resolution! But… most people aren’t going to go there. Why? Fear and denial. Fear of the intensity of the feelings, fear that the pain will never end, and fear of loss of control. As for denial, it’s a powerful self “protective” mechanism that actually does quite the opposite: It doesn’t allow us to heal, to fully engage in our lives, or reach our potential as human beings.

Hey, we’ve all experienced overwhelming, upsetting or traumatic events. But some of them just might be prohibiting us from accessing all the wisdoms, joys and triumphs in life. The best way to rid of monsters (real or symbolic) is to face them and shed a light on the fears they bring up. The best way to free up sacred healing space is to clean out a closet once in a while, and maybe donate the old bones to science. The stories we live with then can at least be honest, and maybe even helpful for others.
Trauma can be accessed and worked through via talk therapy, writing therapy, hypnotherapy, shamanic healing, or meditation and mindfulness, all of which are offered at Middle Way Health. Want to know more? Watch for part 3 where we’ll get into just what the five stages of trauma are.