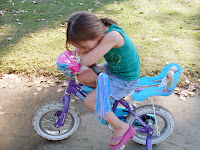 In the last two articles on trauma we talked about how wrenching experiences affect us all, in big ways and small, and how not dealing with them impacts present and future mental health as much as past emotional wellbeing. But we’ve only covered trauma in general terms. To really understand how trauma affects you personally, it’s important to be familiar with the actual process, from event to reaction, response, and long-term effects.

Depending on your level of sensitivity, past traumas, and openness to dealing with the resulting shock and grief, what actually triggers the trauma response varies from person to person. The death of a loved one, near-death experience or severe accident for instance, are likely to be intensely trying for just about anyone. But for many of us, even more insignificant-seeming incidents can compromise us emotionally. And because those cuts and bruises can’t actually be seen, they usually aren’t properly cared for.

The stages of trauma, grieving or bereavement are: Flight, Fight, Freeze, Forget, and Fabrication.

In FLIGHT, we attempt to bypass or escape from the assaulting event.
In FIGHT, we stay and wrestle with the problem or antagonist.
With FREEZE, we remain still, hoping the trouble will pass us by or that we won’t be seen.
With FORGET, we try to disassociate and not remember, or repress it in order to not become attached to the event.
And with FABRICATION, we reframe the event or our part in it by telling a story about it.

If we are “successful” in any of these stages – fleeing from the trauma without major injury, winning the fight, avoiding trouble, gaining a healthy distance from it, or creating a higher story or self, we avoid becoming traumatized, and thus return to a healthier state of functioning. As well, we don’t have to go through all the stages for the best outcome. Often, finding some healthy resolution within one of the stages is enough for us to not get “stuck” in the trauma. Getting stuck means the pattern repeats without a positive resolution, making thriving an ever-elusive entity.

While we call them the five stages of trauma, they can happen when we’re simply overwhelmed. And this is what so many of us miss. If past traumas aren’t worked through constructively, “lesser” situations can trigger the 5-Fs response. And with today’s hectic, overwhelming lifestyles, there seem to be a lot more landmines out there. So if you continue to feel like you have to flee, fight, freeze, forget or fabricate through something in life, then you’re likely stuck in one or more stages of the trauma-response process.

For instance, it’s common for people to become stuck in the last stage, telling a false story about not just the event, but who they are. They may blame themselves for the occurrence happening in the first place and/or shape their identity around it, believing that they are inferior or unworthy. But there’s real freedom in allowing the process and getting through it constructively, thereby integrating the experience into your life as part of your growth.

There’s a common misperception, however, that we have to “let go” of hurtful experiences. But we can’t really rid of them in the sense that we have full control. There’s no magic process, spell or pill that will extract them altogether from the sum of our life experiences. And if they do go away, it’s more likely that they somehow and mysteriously let us go.

Not becoming stuck requires “digesting” the painful experience as an active process of integration. Meaning, it’s a part of you but it doesn’t define you, nor does it control your future responses and reactions. In attempting to learn from it, to gain wisdom and greater compassion for yourself and others, the trauma then doesn’t become an obstruction to your emotions or healthy engagement with life.

Letting the impressionable experience and your reaction to it move through you – while observing, learning, and exercising self-care – is a healthy, constructive way to deal with what threatens your peace of mind. And the more you learn to do this, the easier and faster it becomes, as you hone the craft of dealing with life’s turbulences.