When It All Comes Crashing Down… 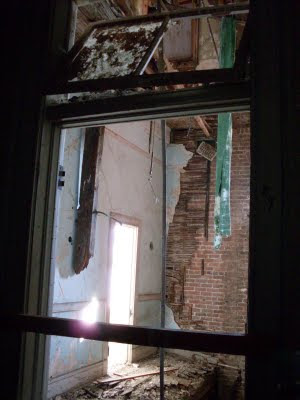 About a year ago I had what seemed to me like a mini nervous breakdown. There was a lot going on in my life and there were decisions I needed to make that I wasn’t yet clear about. More specifically, there were longtime work stressors, mounting wedding pressures and a sudden pet illness at the forefront. I was going along “handling” it all, I thought, until something rather small reared its little head and took me over the deep end. It wasn’t really about the situation itself, but rather my exaggerated emotional reaction to something not significant in the scheme of things. Deep down, I knew I was probably blowing it out of proportion, but my emotions had the better of me and I was a little bit beside myself. The combined emotions from all the events were festering and there were too many of them to manage, so I sort of lost my cool.

Once it was “safe” (out of the public’s eye), I let myself feel the emotions for a while. I had to honor them in order to eventually put them in perspective. I was then able to explore those feelings with a calmer, clearer head. And it didn’t take long for me to realize what the most chronic stressor was. So not wanting a repeat of said “losing it” situation, I had to admit that I had some control over the stressor and recognized that it was time to finally do something about it.

While it wasn’t the most acute emotional situation at hand out of all the things weighing on me, it was the shadow that had been lingering for far too long, and this decision made everything else easier to deal with. So in a sense, I can thank that little mid-life crisis and the temporary cracking of my character for giving me a literally new outlook on my life. Things have been much better since (phew!).

What I experienced that day was probably more like an anxiety attack than a nervous breakdown, but if I hadn’t stopped to consciously evaluate the situation, things would have only gotten worse. Sometimes, when life’s challenges, emotions and beliefs go ignored and unexplored, the pressure literally becomes too much to bear. There is a point of no return when we cannot regain the trust that we had prior; Thus, we can no longer fully engage life.

When we are able to learn something from our crisis and move beyond it, however, this is when we break through boundaries rather than breaking down. Sometimes the difference between the two is simply being able and willing to see the signs of trouble ahead. If we deny how we’re feeling or what we need for too long, something’s eventually going to have to give. On the other hand, if we regularly get in touch with and honor ourselves enough to accept our feelings and question outdated beliefs about the way things are “supposed” to be, life can move forward and we can go along more willingly and honestly.